There are many variations on a SIB; you will need to work with your partners to develop a deal structure that will enable your unique programme. In addition to commissioners, investors, and service providers, several other important participants are often involved. Many crossover roles are possible, and some deals have large numbers of service providers, along with senior and subordinate investors.

Advantages of an SPV:

Potential downsides of an SPV:

There is enormous variation on SIB structures, and the structure that is right for your programme will flow out of discussions with your partners on the intervention, specific providers, payment legal structure, and other factors. In all cases, service providers must be aware of the reputational risk in case of poor performance.

There are three main types of structure:

The contract is signed between the commissioner and the investor (or investor-controlled SPV).The service provider risks termination of contract in case of poor performance.

A summary guide to the typical features of different kinds of SIB – those where the lead contract is respectively the SPV, the prime contractor or the service provider.

The first SIB was designed to reduce recidivism at HMP Peterborough. It was targeted at prisoners serving sentences of less than 12 months, a group known to have high reoffending rates.

The SIB was structured to pay up to 13.5% of the original investment, if the rate of reoffending was reduced by more than 7% across three cohorts, compared to average figures across the entire prison.

To trigger payment for a single cohort, the reoffending rate had to be reduced by 10%.

The structure was very complicated, requiring a consortium of several service providers. The intermediary, Social Finance, coordinated not just the key stakeholders but also the agencies and partners working with the beneficiary group. 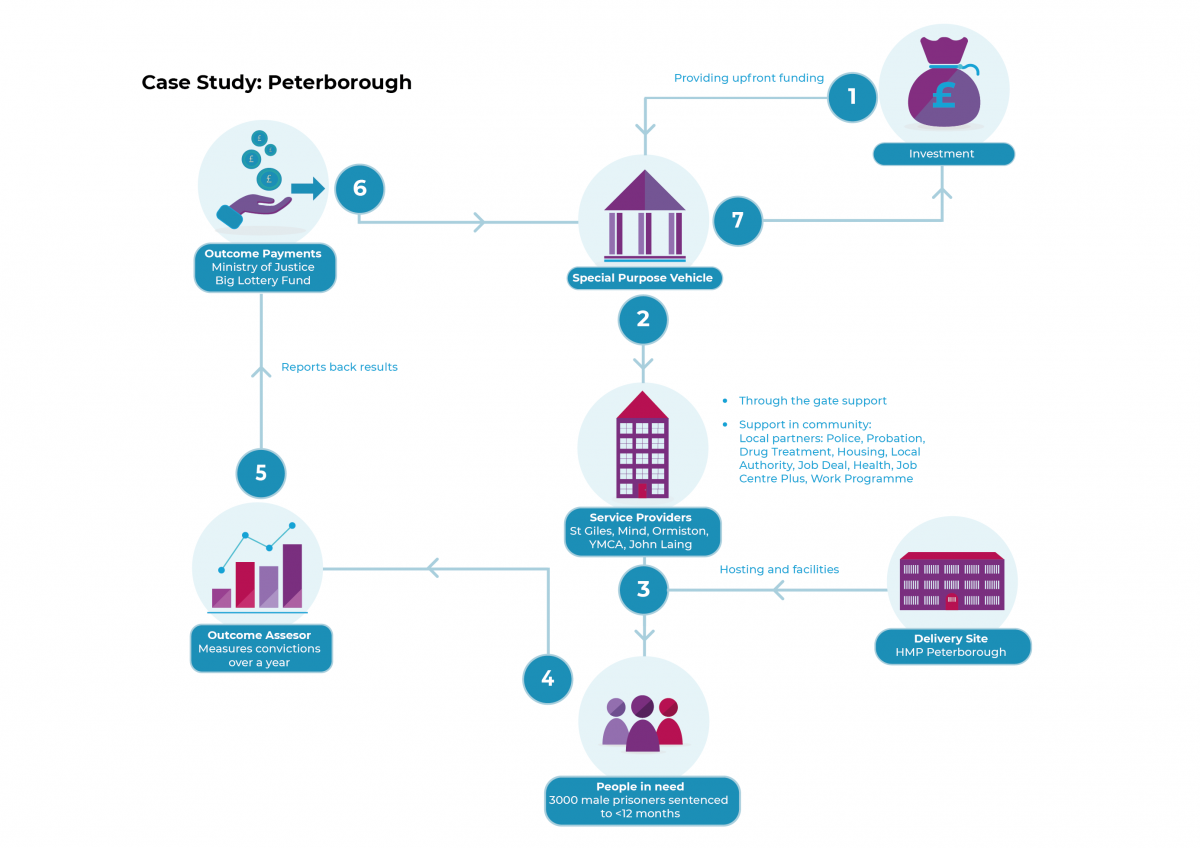 Within the same SIB, a consortium of service providers may develop different structures.  As an example, St Mungo’s and Thames Reach partnered to deliver the London Homelessness SIB, launched in November 2012, to improve the outcomes for rough sleepers whose needs were not being met by existing services and who were not being targeted by other interventions.

To finance their contracts:

St Mungo’s equity investment is at risk before the bonds, so some of the risk was still shared. 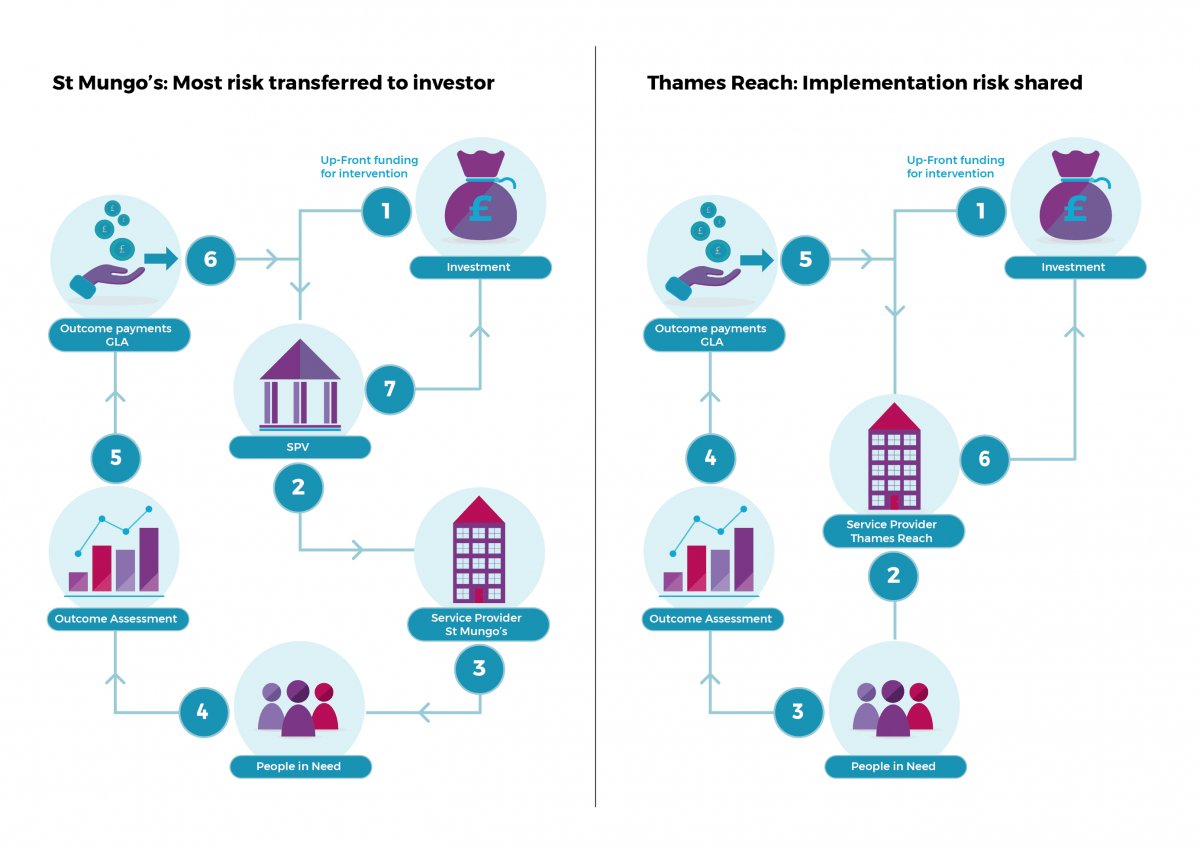 Some SIBs will be financed by several investors, rather than just one.

In these cases, there may be a senior lender – one who will have the highest priority of repayment once outcomes are met – and a subordinate lender. Some SIBs will also have a grant maker – an investor who is not paid even if outcomes are met, while others may have investment guarantees, which are triggered to pay back investors if the outcomes are not met.

At this point, it may be useful to plan your route to the start of the project. This plan is for use after the ‘green light’, when all parties have made the decision to proceed, but contracts are not yet signed and delivery has not yet begun. It is high-level, leaving scope to customise and add detail.

Back
Next: 3.9 Develop a governance structure and board
Next